You don’t have to be a doctor to know that smoking is bad for you, and that chewing tobacco can be even worse.  The toxic substance is still making headlines though, in the most unfortunate of ways, as the story of Tony Gwynn goes. While new measure in 2011 prevented players from chewing and smoking tobacco during games and interviews, an estimated 1 in 3 rookie players ware hooked on the drug. Tony Gwynn’s recurring oral cancer ultimately led to an early death at age 54. While Babe Ruth,  Brett Butler and Bill Tuttle all suffered from oral cancer, its difficult to imagine someone so young losing the battle. 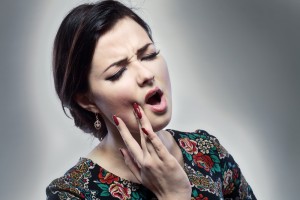 The hall of famer’s cancer was mostly in the parotid salivary gland, which is right near below the ears. It’s the preferred spot for smokeless tobacco, or chew, as it is sometimes referred to. The number of chew users has declined drastically from the mid-1990s, but the rate of quitting has put on the brakes in recent years. It’s  time for the baseball industry to end its dirty habit of using tobacco.

While the direct correlation of chew tobacco causing oral cancer is still a theory, much of the evidence alludes that certain risk factors can make someone more susceptible to oral cancer. Some risk factors include tobacco, alcohol, HPV, sun exposure, and poor diet habits. It is wise to make sure your doctor screens you for cancer at each cleaning, especially if you are over the age of 40, as risk increases with age. \

Has it been over 6 months since your last cleaning? Request an appointment at one of our 11 Phoenix-area dentist offices where our staff can examine your mouth and keep you healthy.