On January 1st, 2016, the 45th Annual BattleFrog Fiesta Bowl hits Phoenix. The spectacular showdown between Notre Dame and Ohio State will take place at the University of Phoenix Stadium. BattleFrog is the official sponsor of this year’s Fiesta Bowl, hence the name.

The Fiesta Bowl started in 1971 and took place in the Sun Devil Stadium until it’s move to the Cardinals’ stadium in 2006. This year’s Fiesta Bowl is especially exciting because it is the semifinal for the college football playoffs. 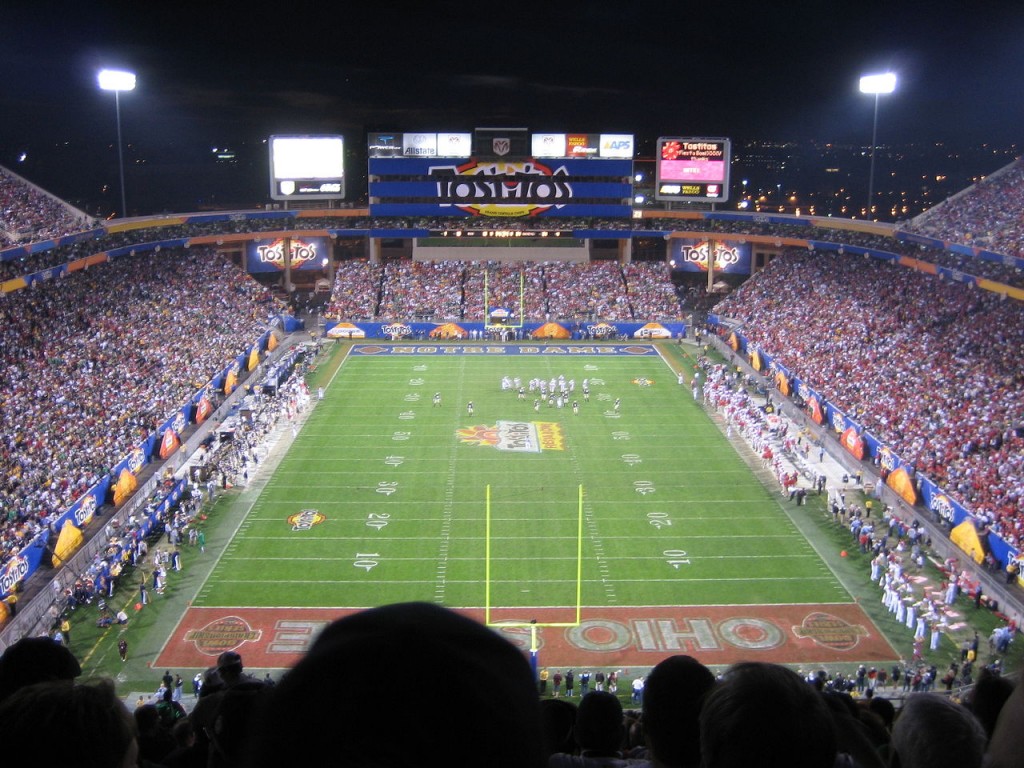 While waiting for the game to start, fans can partake in the BattleFrog Fiesta Bowl fan fest pregame party. Set to be a gigantic tailgate party on the Great Lawn at UofPHX Stadium, the all-ages fest will host pep rallies, marching band performances, cheerleaders, games for fans, food and beverage booths, and team highlight reels. This is a great chance to get in on some of the Fiesta Bowl fun with the little ones, even if you’re not going to the game! The area around the stadium, WestGate, is sure to be full of fun activities, great atmosphere, and excitement. What better way for a football fan to spend their New Year’s Day?

The next day, on January 2nd, the Fiesta Bowl Parade will take place in downtown Phoenix. With floats, balloons, equestrian units, local celebrities, and marching bands, this spectacle will set your 2016 off right. The parade is fun for all ages and free!

Partake in this year’s Fiesta Bowl festivities and enjoy ringing in the New Year with friends, family, and football!