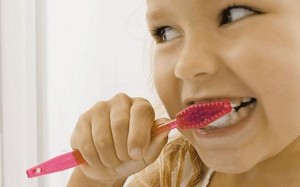 The Board of Covered California declined to make changes to children’s dental coverage that will be offered to the public starting Oct. 1. Alternatively, the state’s health insurance exchange will begin improving dental coverage in 2015 the second year the Affordable Care Act goes into effect.

The decision was handed down after Covered California’s employees decided not to include children’s dental care in medical plans mandated by the Affordable Care Act. Families will be able to purchase standalone plans outside of the exchange program. Opposition to the proposed plan has complained that this approach will cost consumers more than it should.

Child health care advocates filled Thursday’s hearing in Sacramento to urge Covered California’s board to include health care plans that feature dental care for children starting in 2014. Advocates argued that they are going forward with the current plan to make many buyers eligible for federal assistance.

Dave Jones, California’s State Insurance Commissioner Dave Jones, submitted a letter to the board outlining that some parents could pay upwards of 400 times more for children’s dental care.

At the meeting, Deputy Insurance Commissioner Janice Rocco insisted the exchange could appeal to insurance companies to offer pediatric dental coverage as a part of comprehensive medical plans.

“It’s more affordable, which means more families will have the coverage, which means children’s health will be improved,” Rocco said.

However Leesa Tori of the Cover California staff remained steadfast and told the crows: “There’s no silver bullet for 2014.”

Tori state that technical restrictions of the computer program that’s been built to sell the policies to the public and the reluctance of insurance providers to make change so close to the launch of the exchange beginning in October.

Representatives from professional dental associations said children’s oral health will suffer unless parents are mandated to purchase dental insurance for their kids.

The California Society of Pediatric Dentistry reports that tooth decay is the leading concern when it comes to childhood disease.