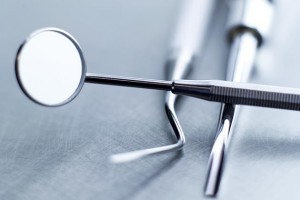 While more Americans will likely gain access to medical care when the law goes into effect next year, however, the number of people who can afford a visit to the dentist may decrease, industry officials say.

The health reform law requires that consumer buy a health care plan that covers physicians to psychologists but there are no mandates for dental coverage, or requirements that insurers pay for dental care.

The controversial law does include provisions for children’s dental care as an essential health benefit, pointing out that coverage be allocated for medically necessary orthodontia. Bu it includes no additional coverage when children reach adulthood.

According to the American Dental Association president Robert Faiella, employers who provide health benefits often pay a portion of the costs of dental coverage, fewer of them contribute to dental insurance even when it is offered to employees.

Adult dental coverage has suffered in the past decade, while more children have received benefits, the percentage of adults going to the dentist has dropped from 41% in 2003 to 37% in 2010. This data correlates with a disturbing rise in emergency room visits for dental problems. The number has doubled to 2 million between 2000 and 2010.

The Federal Department of Health and Human Services has stated that the Affordable Care Act includes a plan to improve the countries oral health, including expansions in children’s dental coverage as well as new health plans that will cover both dental and medical care, says a HHS spokesperson.

However, opponents of “Obamacare” have argued that the closest the law actually comes to mandating dental coverage is by requiring small businesses that enroll their kids in the company plan have to enroll them in an ACA-certified dental coverage.

Prepare yourselves and your families for the new changes to the law.