3D imaging is radically changing the way dentists approach your oral health. Also known as cone beam imaging, this relatively new technology in the dental world is changing the way we collect information. We’re re-imagining the way in which we diagnose and provide treatment options like never before. 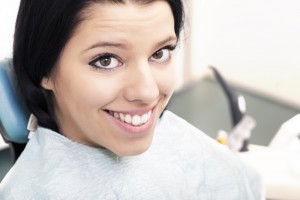 Imagine the difficult task of making a proper diagnosis without having the ability to see the full picture. Making the leap from 2D technology to 3D is filling in those gaps, allowing doctors to interpret information from better visualizations – make no mistake, this is a quantum leap! We believe it will forever change the way we look at teeth.

Cone Beam Volumetric Tomography is a diagnostic imaging technology that utilizes radiation in similar fashion to a conventional radiographic imager. The key difference is the cone beam images are first converted into a three-dimensional view that is manipulated using computer software with various applications, including implant, orthodontic and other diagnostic purposes.

Believe it or not, cone beam imaging first began with the work of Godfrey Hounsfield in the 1970s with the development of CAT Scan imaging in medicine. For the unitiated, CAT Scans, or Computerized Axial Tomography, employ a fan-shaped beam of radiation designed to rotate around the patient several hundred times per second.

Cone beam is different in that the cone scans utilize a cone-shaped beam that is directed at a rotary detector in short distance to the patient. Unlike CAT Scans, these imaging techniques can be applied within dental practices.

The cone imaging will release hundreds of ‘slices’ of information. The diagnostician then has the ability to specify which portions of the images will be used to visualize the planes being examined. This requires a good deal of training but the final product is invaluable.