How familiar are you with the most common dental myths circulating the internet and television? Although many of us have a good grasp on what it takes to maintain exceptional oral health, there are several misconceptions people still hold true concerning their teeth. 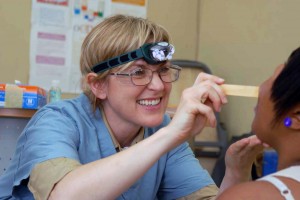 One of the most popular questions is if bleaching weakens your teeth. Many people worry using bleaching products on their teeth will prove harmful, damaging the protective enamel upon application. Fortunately for your pearly whites, this is one of several dental myths.

Bleaching products are mostly harmless to your teeth if used according to directions. Bleaching works by changing the pigmentation of teeth, not by affecting the exterior enamel. Excessive bleaching can result in translucency but it’s merely an undesirable aesthetic change. You should still be careful not to overdo it on bleaching so your teeth don’t develop sensitivity.

How about this one: when your gums bleed during brushing, you probably consider this a bad thing. On the contrary, bleeding gums from brushing is actually relatively insignificant — really only a reminder of sorts that your gums need additional attention. Your gum bleeds from brushing when enough plaque and bacteria form under the gum line, causing irritation and inflammation.

Eventually, after following good brushing and flossing habits, the bleeding should go away. If you find this isn’t the case, it could be a sign of more serious issues. Consult your dentist as soon as possible.

Are you constantly finding yourself exhibiting bad breath? This doesn’t mean you’re necessarily skimping out on brushing your teeth. While the foods you’re eating are the first major culprit, other factors like sickness and illnesses can play a role here too.

Make sure you’re seeing your dentist twice a year to curb bad breath. Between that, you can use an approved mouth wash to eliminate offensive oral odors.