The buzz is already in the air, and if you’ve been downtown lately, you’ve seen the billboards going up everywhere.  With the biggest sporting event of the year coming to the valley and bringing a million fans with it, you may be psyched to take part, but not sure about when and where the party’s gonna be, your favorite Chandler dentist is here to help you out. 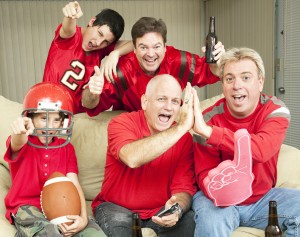 Starting on January 28th, Cityscape in downtown Phoenix and the  surrounding area will be transformed into Super Bowl Central, a twelve-block campus of football-themed, family-friendly fun.

Cityscape has also extended City Skate, Phoenix’s only real outdoor ice skating rink through February 1st, and the ticket price includes skate rentals and access to the rink during public hours.  The rink is located in the middle of Central Ave, between Washington and Jefferson streets on the very west end of Super Bowl Central.

For more adult-oriented fun, Cityscape is also home to Copper Blues, Gypsy Bar, Blue Hound, and Squid Ink Sushi Bar, and Crescent Ballroom is a short walk or an even shorter train ride away.  There will also be nightly fireworks displays and while you’re down there, don’t forget to take a selfie in front of the 30-foot tall XLIX letters and show off your smile from Chandler dentist!

Downtown Phoenix has been revamped quite a bit since the last time the big game was here in 2008, and the Valley Metro Light Rail provides easy access from Super Bowl Central to several fun cultural destinations around the valley.  Valley Metro’s also offering a special pass package that includes a 7-day commemorative transit pass, a souvenir lanyard and a pocket guide with maps and a list of places to go, so that your festivities for the big game are both fun and safe!