The weather’s already warming up (did it ever really cool down?) and it’s time to take advantage of the outdoors before summer sets in. Especially if you have a child at home for a week or two, here are some ideas to keep both you and the kids entertained!

Spring Training baseball in Phoenixhas been a tradition for devoted fans since 1947, when just two teams, the Cleveland Indians and the New York Giants, came here to prepare for the regular season. Today, 15 teams train in the Phoenix metropolitan area. The Cactus League is the prime destination for baseball fans wanting to catch spring training games.

Castles-N-Coasters
From the thrilling sky high roller coasters and exciting Sky Diver, to the exotic world class miniature golf courses and enchantment of an old fashioned carousel, there’s magic and new adventures waiting for you and your family at Castles ~n~ Coasters! 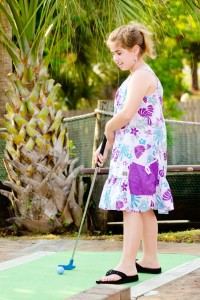 St. Patrick’s Day Parade
The theme for this year’s parade is “Celebrating 32: 32 Counties and 32 Parades.” It is the 32nd Annual St. Patrick’s Day Parade in Arizona that takes place on Saturday, March 14th 2015. The Parade has marching bands, Irish step dancers, bagpipers, police and fire vehicles, government dignitaries, floats, the 2015 Arizona Irish Colleen / Arizona Rose with her Court and a whole lot more.

Visit the Animals
The Phoenix Zoo is located in Papago Park in central Phoenix. It’s easy to get to from all directions, and it is a lovely zoo, especially on a day when it isn’t too hot. Get there early on those warmer, sunny days.