The 2014-2015 is winding to a close and your Phoenix Suns are in the homestretch. While the playoffs may be just out of reach, the Suns have some strong talent on their roster, as well as some bright smiles. Here’s a look at some of the brightest smiles on the roster for this year: 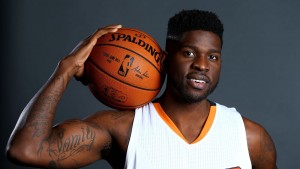 The shooting guard from Maryland played college hoops for the UNC Tar Heels and has been on the Suns squad since January of this year. The Suns like Bullock as a “three-and-D” player who can shoot from long distance and be a strong defensive player. Although he’s played very little in his brief tenure with the Suns, we could be seeing more of Bullock and his big smile next year. 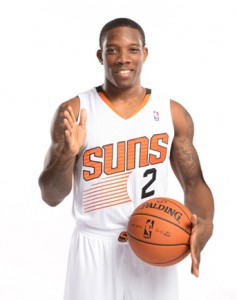 Eric Bledsoe
Coming to Phoenix originally in a 2013 trade deal, Bledsoe signed a five-year $70 million contract last year with the Suns. An explosive point guard for the squad, Bledsoe’s expected to become a strong leader in future years for the Suns, the kind that hasn’t been present on the court in Phoenix since the days of Steve Nash. Expect to see this central figure and his pearly whites for years to come. 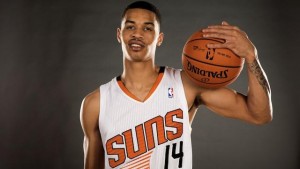 Also joining the Suns squad in 2013, Gerald Green is another guard with a great grill. Green’s first start for the Suns was in November of 2013, when fellow guards Goran Dragić and Eric Bledsoe were injured. He received more starting time with the Suns after Eric Bledsoe had a major knee injury last year. Green was the team’s leading scorer in a few games. Known for his dunking skill, he won the 2005 McDonald’s All-American Slam Dunk Contest and the 2007 NBA Slam Dunk Contest, and finished as the runner-up in the 2008 NBA Slam Dunk Contest.