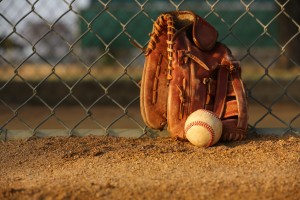 It’s officially springtime, and all the major leaguers are stretched and ready for another season of big league baseball! Consisting of 162 games per season, the MLB regular season stretches from early April to early October this year with the postseason following. The first game this year will be on Sunday, April 5th at Wrigley Field, where the Chicago Cubs host the St. Louis Cardinals.

Time begins on Monday for our Arizona Diamondbacks. The official roster has been completed, and the 2015 D-backs start their regular season at home this year on Monday, April 6th, when they will take on the World Series Champs, the San Francisco Giants.

2015 is a new era for the Diamondbacks with new manager Chip Hale as manager and Dave Stewart as general manager. Josh Collmenter is expected to be the number 1 starting pitcher for the snakes this year, and he’s expected to take the mound on opening day against the Giants. During the last week of spring training, Hale announced that right-handed pitchers Trevor Cahill and Chase Anderson will fill the final two spots in the starting rotation.

Although 2014 was a tough year for the snakes, there are reasons to be excited about this year. During the offseason, Arizona acquired Rubby De La Rosa, Jeremy Hellickson, and Yasmany Tomas, the Cuban phenom who is trying his hand at third base to start off the season. The Tomas hype peaked in early December, when Arizona signed the 24-year-old Cuban to a six-year, $68.5 million deal. Fans and managers are also optimistic that Patrick Corbin and Daniel Hudson will soon return from injury.

If you’re headed out to opening day, be sure to hit the opening day street festival beforehand and catch the music, entertainment and food trucks. The game starts at 7:10 pm, and the first 40,000 fans through the gates will receive a D-backs Magnet Schedule for the 2015 season.

Have a safe and happy baseball season this year.