Everyone above the age of six is well acquainted with the tooth fairy, but not many of us know how the legend came into existence. Here’s a little history on one of the most popular figures in folklore history. 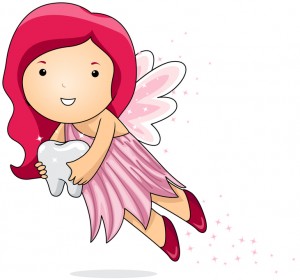 Similar to today’s traditions, it was common practice to bury baby teeth that fell out of children’s mouths. Although the tooth fairy has become a tad more generous in recent decades, originally the child would receive a gift when their 6th tooth dropped.

Europeans were quite imaginative with the practice, often leaving a trail of glitter from the pillow to the door to represent fairy dust. The reward left behind varies from one country to another but a recent survey by Visa in 2013 reported American children receive $3.70 per tooth on average.

The appearance of the tooth fairy are far more ambiguous than her counterparts Santa Claus and the Easter Bunny. A study conducted by Rosemary Wells reported that 74% believed the tooth fairy was female. The general perception of the tooth fairy is a figure likened to Tinkerbell, set with tiny wings and a magic wand.

The tooth fairy tale was originally aimed at soothing children throughout the occasionally painful and frustrating loss of their teeth, offering them incentive. An overwhelming amount of children reported they intended to continue the practice should they parent their own children in the future.

Even tooth fairies need a little help sometimes. Come schedule an appointment with us today and see a better smile tomorrow!