Here is a little story about the great lengths some people are willing to travel for a great smile. 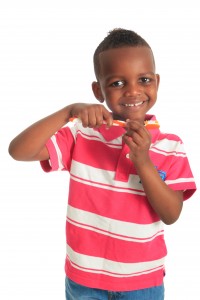 It’s been said that a great smile is perhaps the most powerful tool we have at our disposal. From making a strong first impression to locking down a job interview, one can certainly understand how versatile a row of bright pearly whites are by their very nature.

Enter: Doug, age 7. Doug was born with a set of jagged teeth with great gaps between each, a problem that understandably compromised his adolescence at times – schoolboys can be cruel, after all.

Doug’s parents were reluctant to invest money into his smile – after all, surely there were cheaper solutions if one looked hard enough. After trying new wardrobes, reading self-confidence books and more, Doug was further convinced his smile was what ultimately held him back in life.

Doug was determined to change his destiny, particularly ambitious resolve from a 7-year-old, no less. The master plan? Constructing the ultimate lemonade stand, like none seen ever before! Surely this would raise enough funds to cover his dental work – particularly when the news helicopter overhead provided further exposure as they delivered aerial shots of the mile-long line.

There would a red carpet leading up to a beautiful wooden cottage, where Doug would sit, supervising a team of skilled lemonade pourers who would work in shifts. Through due diligence and a critical eye, Doug would ensure not a drop of that golden nectar would be wasted. It would be perfect.

As Doug began to research his plans, he figured the red carpet might be out of budget. Soon, in a turn of reluctance, we axed the beautiful cottage. Looking at his piggy bank, he realized he’d be struggling to afford much lemonade to begin with. Oh, jeez.

Doug was down in the dumps until his parents told him about DC Dental, where you don’t have to go to great lengths to discover a brighter smile – all at a price they could easily afford. What joy!