Is it possible that dentists in the future will cure tooth decay by using lasers? It’s not a work of science fiction – recent advancements in dental technology suggest that dental drills could be a thing of the past. Even more invasive root canals could be a walk in the park with lasers! 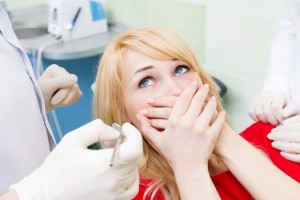 A team from Harvard University has been researching the use of laser light and stem cells to replace the common form of treatment for root canals. Their research has already proven that exposing the cells of a tooth’s interior to less powerful laser light simulates dentin growth, the substance responsible for tooth structure.

Experiments were initially conducted among rats and mice but later moved to human cells in culture, the technique appearing to work across both samples. After a period of 12 weeks, laser-treated holes displayed signs of growth of the tertiary dentin. Neighboring holes that were not lasered did not show signs of growth.

While the newly created dentin is noted to be weaker than the dentin teeth start with, researchers noted it was formidable enough to allow chewing among the tooth. Despite the viability of the technique, researchers also claim it is unable to completely regenerate the natural tooth.

More tests will be needed before the therapy is conducted among human patients. The research team suggests the most complicated part of the procedure will decidedly be concentrating laser light onto the specific areas of the tooth where regeneration is most needed.