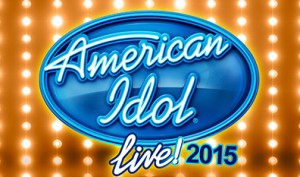 has been officially announced that the 15th season of American Idol will be its last. Since first airing back in 2002, the reality singing phenomenon has become one of the most successful shows in the history of American television. The hit show has jump-started the music careers of several household names, including the Valley’s own Jordin Sparks, who was the show’s youngest winner at age 17 back in 2007. Tryouts for the final season are already underway all over the country, and the final season promises to be a great sendoff for the legendary show.

Before the Idol legacy ends, American Idol Live! is hitting the road for it’s 14th tour, and they’re coming to Arizona! American Idol Live! will bring the top five contestants from season 14 on a national tour that will stop off in Mesa. This is your chance to get up close and personal with the top 5, when the show comes to the Ikeda Theater located in the Mesa Arts Center on Sunday, August 16th.

If you’re a longtime Idol fan, it’s time to act fast, because seats are limited. The Ikeda Theater seats only 16,000, and tickets are already on sale. Also, by buying a ticket, you’re entitled to a digital download of the album American Idol Season XIV (Best Moments). After you’ve purchased a ticket, You will receive an email with instructions for how to receive your download. Here’s your chance to be a part of the American Idol legacy by seeing it in person when Idol comes to Mesa!. For tickets and pricing, go to mesaartscenter.com.