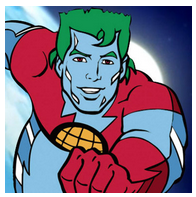 While reminding all of us to take care of the Earth, Captain Planet boasted an athlete’s jaw and perfect smile. The series, which was produced by Turner Program Services and DIC Entertainment was originally broadcast on TBS from September 15, 1990 to December 5, 1992. The series was actually co-developed by media mogul, Ted Turner. 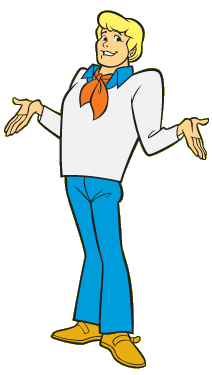 Fred’s all-American look and smile made him the unofficial leader of the crime-solving team (although Scooby and Shaggy were the fan favorites). The series was originally broadcast on CBS back in 1969. The show moved to ABC until 1986, when the prequel cartoon A Pup Named Scooby-Doo took its place. The show continues in syndication on Cartoon Network and other places.

Betty Rubble from The Flintstones

The Flintstones was the most successful animated franchise in history until The Simpsons came along. Starting in 1960, the Stone-age residents of Bedrock had 60s chic sensibilities, and Betty was no exception. Like Wilma, Betty had a habit of spending money, and there may have been an episode or two that even featured a dentist’s office (probably involving a dinosaur as part of the dental tools).