Leave it to delicious carbohydrates to usher in the ‘age of cavities’. According to a recent story conducted by NPR, recently discovered human fossils exhibited greater decay around the time grains and starches were added to their diet. 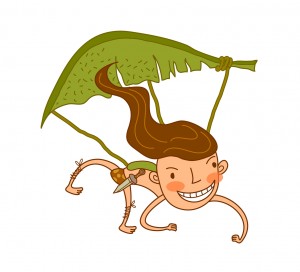 Hunter-gatherers were prevalent in Morocco nearly 15,000 years ago. Apart from their living conditions within sprawling cave systems, what particularly surprised area researchers was the level of decay present among the ancient teeth.

Nearly everyone in the area exhibited signs of tooth decay, an alarming rate of 94%. This overwhelming percentage actually ranks as some of the worst decay found within certain ancient populations. As you might surmise, there wasn’t much toothpaste to go around during the Stone Age.

The standard fare for cavemen wasn’t quite as detrimental to the teeth like carbs. Following a paleo diet consisting of meat, berries and primitive vegetables proved to introduce far less sugar in the mouth.

So what proved to be the culprit in the early day of carbs? Sadly, there were no neighborhood pizza joints to call upon in the early days of man – they instead munched upon acorns.

Described as having a ‘sticky texture’, the natural sugars present in each acorn adhered easily to the teeth. This sugar would later develop into acid that gradually destroyed the enamel of the teeth. The absence of any real method to clean one’s mouth proved detrimental to our ancient teeth.

Fortunately, modern dentistry has evolved. Make sure to keep your own diet in check and avoid an abundance of sugary carbs or sweets – at the very least, be certain to keep a toothbrush handy in your own cave.