So you have a cavity, or at least the beginnings of one and you were told to come back at another time to get the cavity filled. If this is your first time, it can seem a bit daunting: the drill noise, the procedure, the pain—but getting a cavity filled nowadays doesn’t feel like anything more than a routine visit in most cases. 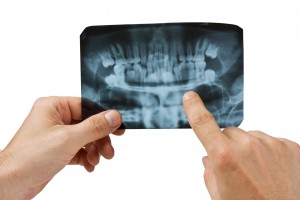 Not taking care of a cavity is scarier than doing nothing about it; all that bad bacteria will keep eating away at your tooth until a larger hole has been created, or worse.  In the olden days, many people had to lose their entire tooth because of a cavity, but in modern times, we can just remove the bad parts, and replace it with a filling, which can last a lifetime.

The common fillings are composite resin, which are white and are made to match your teeth, so your cavities won’t be too noticeable when you open your mouth. The second most common is amalgam, and made of silver or mercury, and have been in use for almost 200 years. Don’t worry though, the mercury is considered safe, since it is locked inside the filling, and hardened.

The whole process can be over in less than an hour, the longest is usually waiting for the numbing to set in, so you feel no pain whatsoever. The scariest part for most is getting that little shot of anesthesia in your gum; which just feels uncomfortable for a few seconds. Many dentists will also have a numbing cream on hand as an alternative, since needles are a fairly common fear.

With the anesthesia, the procedure should not hurt, he or she will use a special dentist drill to remove the cavity, and some even use lasers! The use of the tool depends on how big the infected area is, and where it’s located inside your mouth.  When you’re done, you might have a little bit of a tingle in your lip, and your teeth might feel a little funny, but all these symptoms should subside fairly quickly.