When a devastating natural disaster strikes your hometown, the very least of your concerns is understandably an accessible toothbrush. Yet it may surprise you to learn that during the subsequent relief efforts, something as trivial as a toothbrush is nearly impossible to come by. 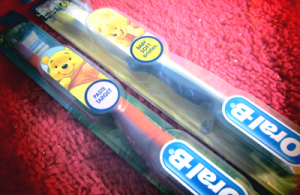 What’s the significance of having a toothbrush during the initial recovery phase? Many victims of disaster lose everything in the wake of destruction. Apart from the obvious hygiene benefits, toothbrushes carry additional psychological benefits. Being able to claim ownership over something, anything – even a simple toothbrush – is an important step toward recovery.

On May 31st, 2013, Oklahoma was rocked by the widest recorded tornado is history. The El Reno tornado covered an astonishing area 2.6 miles wide and exhibited wind speeds of nearly 300 mph. It was the second EF5 to hit the region under the time period of two weeks, the highest ranking tornado possible. A number of neighborhoods were decimated in the path of the storm.

Volunteers from all around the country rushed to Oklahoma victims. Recently the Windham High School WHIPS (Windham High Impacting People through Service) club worked  in tandem with the Willimantic Salvation Army to deliver more than 1,000 toothbrushes and 700 tubes of toothpaste to families in need. It was ultimately a relatively minor gesture that yielded monumental impact for recovering recipients.

Delta Dental of Tennessee was similarly surprised to learn the most pressing need facing the Nashville Area Red Cross was the availability of toothbrushes. Phil Wenk, president of Delta Dental, would later donate 10,000 toothbrushes for the Red Cross to later distribute among displaced persons in the area.

Clearly the toothbrush is a powerful ally beyond warding off cavities – sometimes it’s the first thing that brings disaster victims back into the fold of reality.