Having white teeth in today’s society is definitely a must-do; by our current standards, stained and yellow teeth are often frowned upon. From celebrities to professional athletes, it seems as though that everyone is whitening their teeth, and while most people would think that the act of teeth whitening has only been around in the past couple of decades, many would be surprised to find out that it’s actually been around a lot longer! 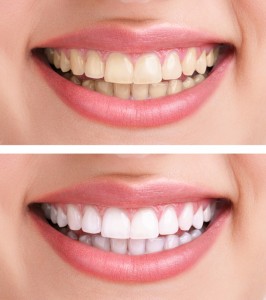 Skipping ahead a few thousand years, it’s well known that barbers of the 1600’s were also in charge of caring for the teeth of their customers. After they were done with a haircut, barbers would gently file down the teeth before putting on some sort of acid that would help with the whitening. The acid, however, would lead to erosion and tooth decay.

Then, in the early 19th century, dentists in Italy discovered the positive effects fluoride had on teeth. After the popularization of this method, fluoride began showing up in lozenges, mouthwash, water, and toothpaste.

Now, we are able to get our teeth whitened at a dentist’s office, or even in the comfort of our own home!