Here in the United States, we have our own traditions of toasting with a glass of champagne and planting a kiss on your special someone when the ball drops to ring in the new year. While there are similar traditions around the world, there are also some unique traditions that other cultures do that may seem strange to us. Here’s a list of the most interesting ways other countries celebrate the holiday.

In Stonehaven, Scotland, the citizens have a custom of parading through the streets while swinging blazing balls of fire around. The ceremony takes place at the stroke of midnight in celebration of Hogmanay (the Scots word for the last day of the year), and the swinging of the balls has its roots in Norse and Gaelic culture.

In Turkey, many stores stock up just before the New Year on red underwear. That’s because there’s a tradition that wearing red underwear at the stroke of midnight brings good luck for the coming year. It’s also typical to give and receive the red undergarments from friends and family, so if you have any Turkish friends, don’t be surprised if they give you a big pair of tighty-reddies?

When it gets close to midnight in Denmark, the tradition is to find a chair and stand on it during the countdown. When midnight strikes, you “jump into the New Year,” which brings you good luck. The Danes also have the New Year’s Eve tradition of throwing plates at the front doors of their friends’ homes. The person with the most broken ceramics on their doorstep on New Year’s Day is said to have the most friends.

If you happen to be in Madrid for the countdown, you’ll notice people filling their mouths with grapes. This tradition, popularized in the late 19th century, involves eating a grape with each bell strike at midnight of December 31st, which brings luck for the coming year. The most popular place to see people eating grapes is at the Puerta del Sol square in Madrid, where the tradition is even broadcast to the rest of the world.

New Year’s celebrations take place around the world, and every culture has their rituals for drawing luck and prosperity to their homes. From our family to yours, Happy New Year! 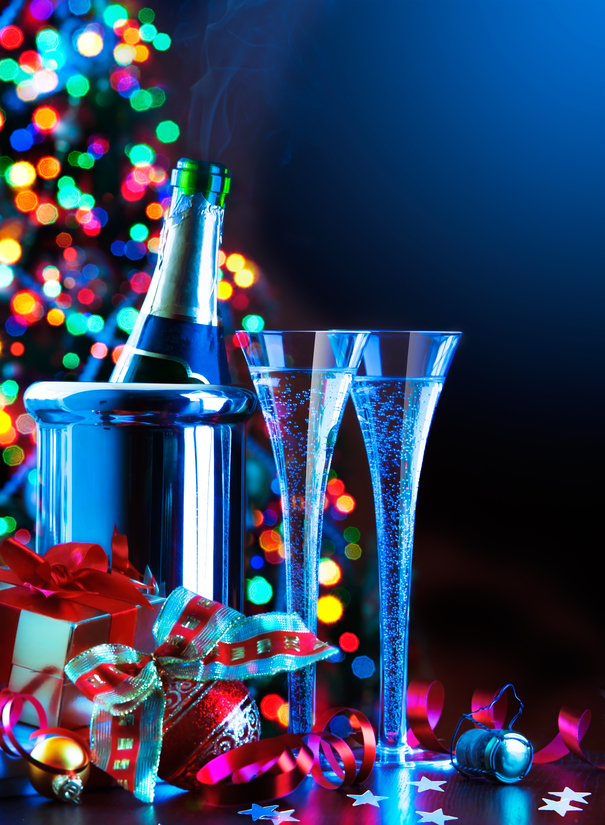