In case you haven’t heard, flossing is a very important aspect of your oral health. Some dentists would even say it’s more important than brushing. That’s because using dental floss regularly is the only way to clean between your teeth, where food and plaque like to hide, and no matter how often or thoroughly you brush, your toothbrush will never get rid of it. Here are some other facts about flossing you may not have known.

Flossing has been happening for millenia.

Researchers have discovered grooves in the teeth of prehistoric humans which could have only resulted from using dental floss and toothpicks.

Flossing was first recommended to the public in the 1800s.

In 1819, a dentist named Levi Spear Parmly wrote a book entitled A Practical Guide to Management of the Teeth, in which he recommended that people floss with waxed silk thread “to dislodge that irritating matter which no brush can remove and which is the real source of disease.”
The first patent for dental floss, however, was granted in 1874 to Asahel M. Shurtleff, who developed something that looks like modern packages of floss. Flossing wasn’t actually commonly used until after World War II, when Dr. Charles C. Bass developed the first nylon floss.

Flossing is still not as popular as it should be. 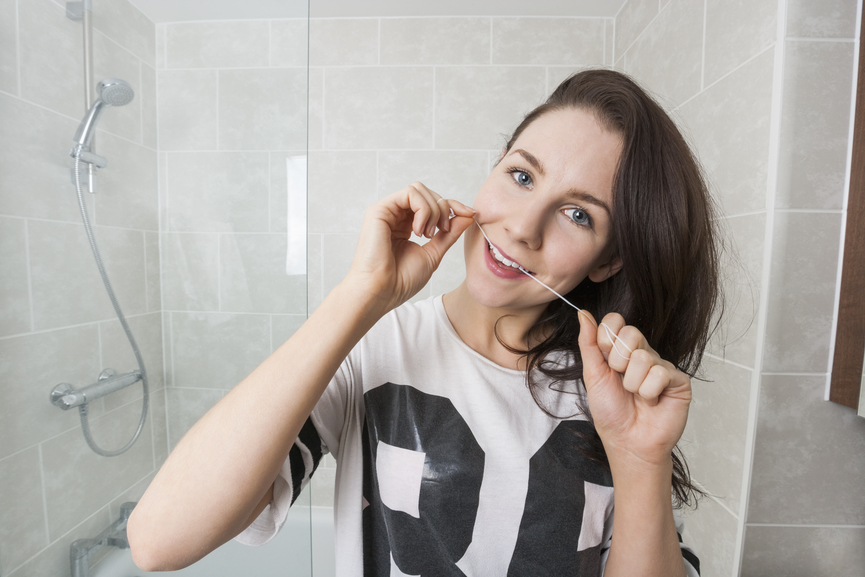 In case you needed any reminders, irregular flossing and no flossing at all can lead to bleeding gums. It’s still highly recommended that you floss thoroughly at least once a day, and usually right before bed is best. If you floss before brushing, fluoride from the toothpaste is more likely to reach between your teeth.

Good oral health is an important part of your overall health. Research shows that when bacteria flourishes in an unhealthy mouth, a number of serious health problems can develop, such as heart disease, respiratory disease and diabetes. Brushing and flossing daily are important aspects of your oral health, along with regular visits to the dentist. If you’re due for a checkup, call us today.