According to a recent study conducted by the University at Buffalo State University of New York, people with a higher number of dental cavities may have a reduced risk of having neck and head cancers. 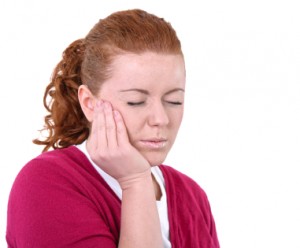 The study shows that people with the highest amounts of cavities in their teeth actually have a significantly less chance of being diagnosed for these types of cancers because of an increase of lactic acid bacteria produced by cavities which are believed to be protective against cancerous cells.

In a recent interview with HealthDay, researcher Mine Tezal, D.D.S., Ph.D., stated the following: “These bacteria have important roles in digestion, as well as in local mucosal and systemic immunity, and their reduction has been associated with chronic inflammatory diseases, allergies, obesity, and cancer.”

Tezal continues by stating, “The main message is to avoid things that would shift the balance in normal microbial ecology, including overuse of antimicrobial products and smoking. Rather, you should maintain a healthy diet and good oral hygiene, by brushing and flossing.”

According to this study, the presence of certain plaque-related bacteria in saliva or on the surfaces of our teeth may protect the host against “chronic inflammatory diseases and HNSCC.” The discovery was even shocking the researchers, as Tezal states, “This was an unexpected finding since dental cavities have been considered a sign of poor oral health along with periodontal disease, and we had previously observed an increased risk of head and neck cancers among subjects with periodontal disease.”

Obviously it’s advised not to go out and try to get as many cavities as possible in an attempt to protect yourself against neck and head cancer. As previously mentioned, it’s important to maintain a healthy mouth and avoid negative dental  habits.