The days of Saturday morning cartoons are gone, and new generations will never know the joy of waking up early to a bowl of sugary cereal and plopping down in front of the TV for hours of entertainment. In homage to this forgotten ritual, we’re bringing you the best teeth from the most popular 90’s cartoons. Here’s a few of the best Saturday morning smiles. 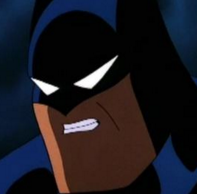 Although no version of Batman is known for smiling much, the caped crusader still had perfect teeth thanks to being a billionaire by day. The animated series originally aired on the Fox Network from September 5, 1992 to September 15, 1995 with a total of 85 episodes. The cartoon was complex, dark and artistic and was praised for being the best adaptation of the DC comics character and was often ranked among the best cartoons of all time, winning four Emmy Awards during its run. 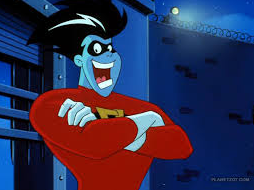 Featured on the WB, the series chronicles the adventures of the title character, Freakazoid, a manic, insane superhero who battles with many different supervillians. A collaboration between Steven Spielberg and Warner Bros. Animation, the show also features mini-episodes of adventures of other bizarre superheroes. Bruce Timm, known largely for his work on the Batman animated series, created the comic superhero with a manic smile who took to the small screen in 1995. 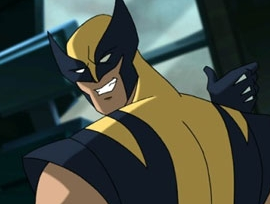 The X-Man with the most appearances in the Marvel comics and easily the most recognizable, Wolverine is best known for his retractable claws, his brooding nature and his willingness to use brute force. While the cartoon ran from 1992 to 1997, Wolverine didn’t smile as often as he gritted his teeth, but they were still pretty great teeth. In May 2008, Wolverine was ranked #1 out of Wizard magazine’s Top 200 Comic Book Characters.