Although living in the Valley of the Sun has many perks, there are challenges as well, such as the months of June, July and August. Luckily, the Arizona terrain is so diverse throughout the state that you can quickly get to higher elevations (and cooler temperatures) in order to get in some much-needed outdoor time. If you want to beat the heat, consider taking a day or weekend trip to Flagstaff. 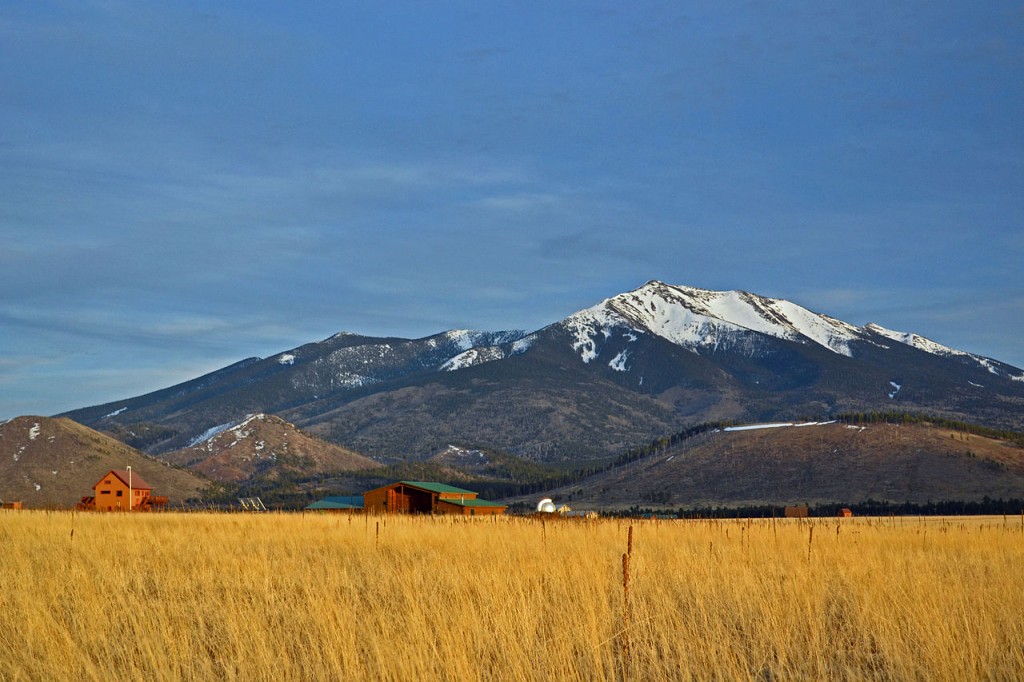 Flagstaff is called “The City of Seven Wonders” and sits in the middle of the Coconino National Forest. Located along an old wagon road to California, and eventually along historic Route 66, Flagstaff began when the first white settler in the area, Edward Whipple, opened a saloon near a spring in 1871. Soon, others followed suit because the area provided plenty of water, game and lumbering opportunities. Once the railroad came to town, Flagstaff became a major logging center.

Today, Flagstaff attracts several tourists from all over the world coming to see the Grand Canyon as well as several hiking and camping hotspots. Sitting high at 6,900 feet, Flagstaff is also 10 miles south of Humphrey’s Peak (pictured above), the highest point in the state of Arizona at 12,633 feet.

Aside from the great outdoor opportunities, downtown Flagstaff is home to many historic buildings, including the Hotel Monte Vista, which have been integrated into modern-day business. It’s easy to catch live music at the bar of the “Monte V” and if you’re a lover of local ales, check out Beaver Street Brewery or Mother Road Brewery while you’re there. Thanks to the presence of Northern Arizona University and the natural beauty surrounding the area, Flagstaff has transformed from a historic logging town into a mecca of cultural activity, making the gem one of the best ways to beat the heat in Arizona.