While previous research examined the links between dementia and oral health, a new study is suggesting that Alzheimer’s might also be in accordance with unhealthy mouths. The same signs of Porphyromonas gingivalis, the bug responsible for gum problems were found in patients with dementia. 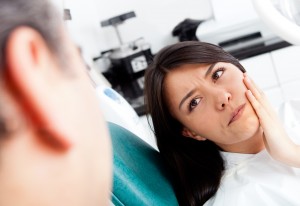 Some scientists believe that when the bacteria reach the brain, it triggers an immune response which can lead to neurons dying. Some of the results could cause the typical Alzheimer’s symptoms including memory loss and disorientation.

The study was conducted at the University of Central Lancashire in the United Kingdom, involving 10 brain samples from patients who had died with dementia compared with brains of those who did not have the illness.

The theory that scientists are working with involves the idea that when the brain is exposed to bacteria, and/or debris from gums, immune responses cause nerve cell death and memory loss. Other studies indicate that infections, including ones in the mouth, could also be a catalyst for the devastating illness.

Although much more studying needs to happen before any conclusive results are recorded, the research points to gum disease as a trigger. There are many factors that contribute to Alzheimer’s, so many more experiments with larger scales are necessary in order to come up with conclusive facts. It remains to be proven whether or not there is an actual link between gum disease and Alzheimer’s.

One of the best things you can do at this point to try and ward off Alzheimer’s, along with other illnesses is to live a healthy lifestyle. A reduced risk comes with eating healthier, controlling stress, exercise, and keeping good hygiene, especially in your mouth.